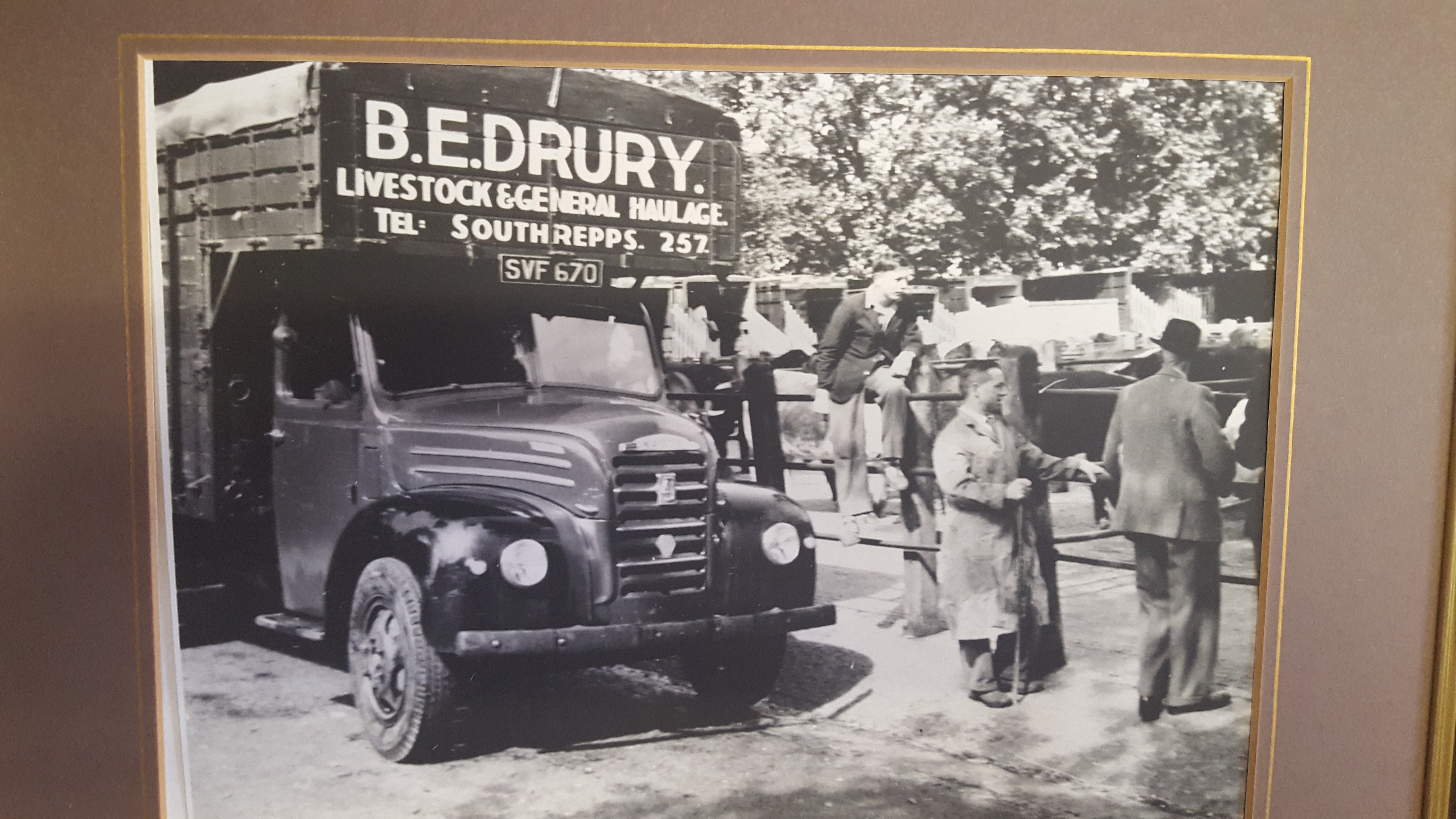 The Drury family started in business just after the 2nd world war with a small transport business based in the North Norfolk village of Southrepps consisting of a converted ambulance! Most of the work in those early days was carrying farm animals and this wonderful black and white photograph from the Drury archives shows Mr B E Drury (Billy) and his son Michael at the local livestock market.

The business has now grown to a group of companies with a fleet of modern long distance haulage trucks and waste lorries and a purpose built range of warehouses for storage of customers goods.

With Michael Drury still at the helm it was decided by the owners that the companies own vehicle workshops needed modernising and that customers might want a local facility for their heavy goods vehicles. With an investment of circa £1 million a new building was constructed on land already owned on Cornish Way North Walsham and in 2016 Drurys Vehicle Services Ltd was formed.

After a lengthy process in meeting stringent specifications from VOSA, the company’s brand new MOT facility has been approved and is open for bookings from March 2017.

A very exciting future awaits for these new modern facilities for local HGV users to take advantage of. The nearest other HGV MOT facilities are around 20 miles away.

Get in touch and one of our specialists will be happy to help.


Thanks for filling out form!